Project Description
The Banc of California Stadium located in Exposition Park is the first open-air stadium built in Los Angeles since Dodger Stadium in 1962. It hosts the 23rd team in Major League Soccer, The Los Angeles Football Club, which made its debut in 2018. The massive building is a 22000-seat soccer-specific venue and is as impressive as some of the club’s star-studded ownership group, which includes the likes of actor Will Ferrell, former Unites States Women’s National Team player Mia Hamm and former Lakers player and current President of Basketball Operations Earvin “Magic” Johnson.

The MLS expansion team built its $350 million new home in about 18 months, using cutting-edge design to create a throwback feel for the new club’s fans. Gensler was the Architect of record and Lighting design was managed by California design firm, First Circle Design.

The Pyros Projector was used in multiple areas throughout the Coliseum. The Pyros Projector mounted on exterior poles provides the ideal amount of luminance and projection to provide guests with area and site lighting as they enter the stadium. It is also mounted inside the coliseum above common areas. 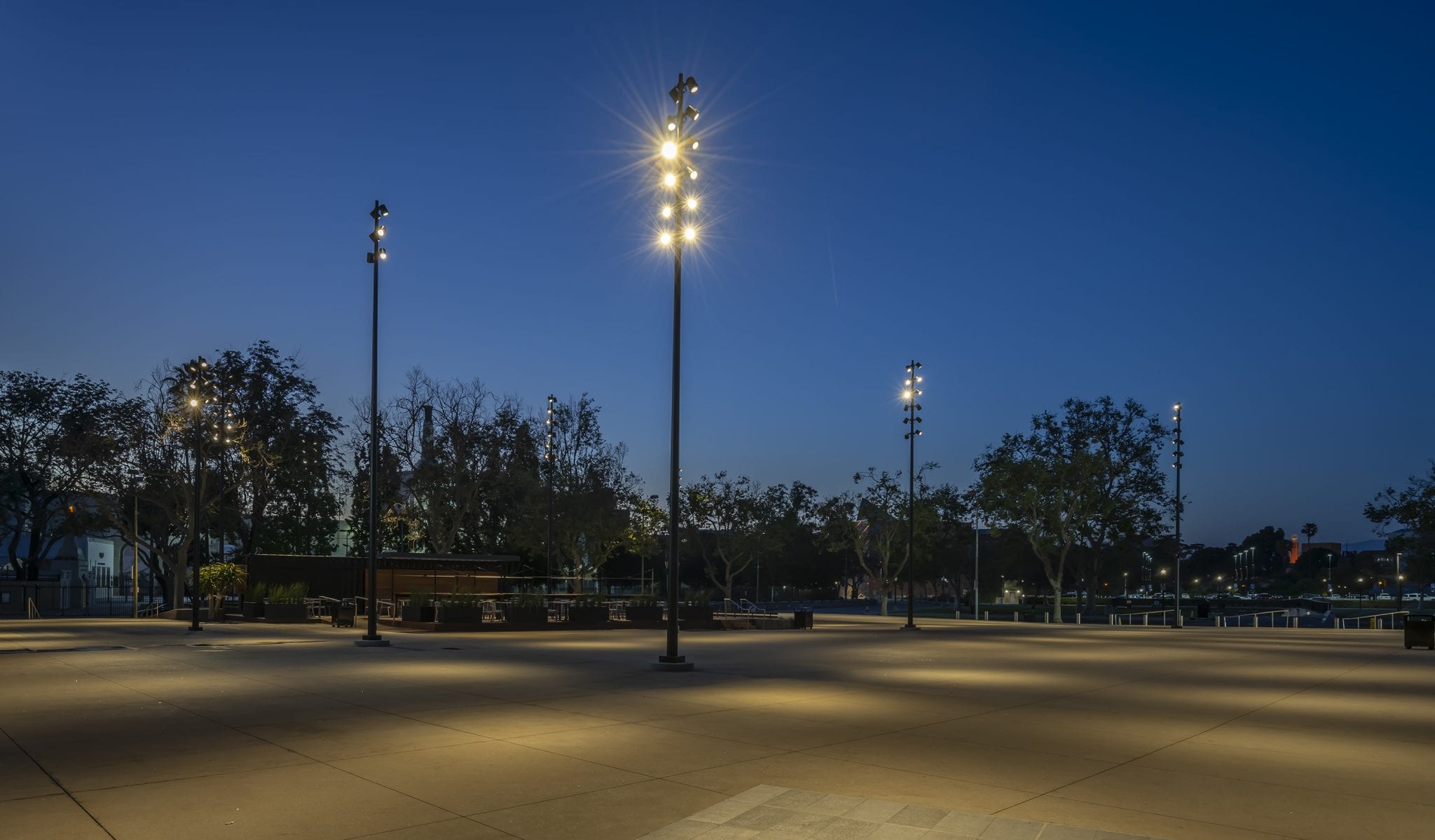 DuraTape ES provides the perfect thin and flexible solution that allows lighting to become part of the architectural accents in the interior walls in the hallway that leads to one of the stadiums luxury bars on the Field Level Club.

Throughout the hospitality areas of the Stadium you can find DuraTape ES beautifully illuminating spaces that only a flexible and high quality tape can fit. DuraTape can be mounted in channels and via self adhesive tape to provide designers with complete flexibility for installation and illumination affects.

Another team player is the DART Projector. This small floodlight can be found as a star player providing downlight for walkways, restroom entrances and under the awnings of the stadium. Each luminaire can be installed directly to the mounting surface and are adjustable up to +/-45° horizontal rotation and +90°/-45° vertical rotation with an aim locking set screw. DART provides an ideal solution for precise, efficient, yet extremely versatile lighting design with a broad selection of optics and wattages.

DuraLED Cable light delivers a virtually maintenance free solution for festive lighting of interior and exterior courtyards. The festoon style light string and socket comes pre-assembled with 12” or 24” OC Lamp spacing and is cut to project specifications in the specific length. The Cable light provides an easy to install decorative lighting accent with a versatile look that can be easily changed by swapping out a lamp to a different style. The Stadium opted to make a retro statement by selecting the Duralamp G25 Vintage Lamps to complete the festive lighting solution.